“No one will support me more than another woman human rights activist. Women have my back.”

Nedal Al-Salman is the Acting President of the Bahrain Center for Human Rights. The Bahrain Center for Human Rights (BCHR) documents and reports on human rights violations in Bahrain. Despite a government order in November 2004 for the Center to close down, the BCHR is still operating and recently published Bahrain, Women, the Powerful Actors in Building Peace. Nedal has been targeted for her work as a woman human rights defender. She was placed under a travel ban in August 2016. Three years later, in 2019, the travel ban was lifted.

Tell me about your work as a woman human rights defender.

I live in a country that doesn’t respect human rights. And, obviously, that means that I live in a country that doesn’t respect women. I want to be a voice for women and speak about what is affecting women in Bahrain and in the region. That is why I am a woman human rights defender. My name “Nedal” means “fighter”. So, I am fighting for human rights. I was born in the same year that Bahrain had a revolution. And after all these years, we are still calling for the same thing: an elected government.

How does the government target women activists?

All human rights defenders are under threat, but targeting a woman is easier. She can be targeted in her personal life. The authorities target to women’s reputations to shame them. In our culture, a man can do anything without repercussions. It is because our culture is conservative that women are targeted in their personal lives. Targeting a woman also targets her family by shaming her. This puts women at more risk than men.

Can you talk about your experience with the travel ban?

In Bahrain, women human rights defenders are always under surveillance. You are always followed. When under interrogations, they even show you photographs they have taken of you in cafes, or at meetings, or with family.

How is the space for civil society changing for women human rights defenders?

It is a total closure from 2015. We have no civic space. No independent media. No political society. We don’t even have a physical, private space in which to work. We can’t organize events or host other women. Not even small gatherings are allowed because even for those we need to have the government’s permission. No protests are allowed in Bahrain. The only protests that take place are illegal protests.

What do you see as strategies for resistance?

We need to support each other. No one will support me more than another woman human rights activist. Women have my back.

We have a documentation team on the ground. They do the critical work of collecting information and data about the violations that are taking place in Bahrain. We continue to work to meet with victims. We produce reports and send the documentation outside Bahrain. Human rights activists are working to let people know what is happening inside Bahrain.

How would you like the international community to support women human rights defenders?

First, I want to say that sometimes, internationally, Bahrain is considered a heaven for women compared to other Gulf states. We see women in Parliament, as administrators, as diplomats, and so on. But it is just cosmetic. They are not real decision makers. They have to be loyalists and they have to follow the orders of the King.

In Bahrain, when a woman faces violence in her home, she can’t go to the authorities because they will turn her back and she might face even more abuse. A woman in Bahrain can face violence in the home, but the country’s laws violate her too.

The international community needs to, publicly, support women human rights defenders. They can do this by issuing statements, by making funds available to human rights organizations, by calling for the opening up of civic space, by speaking out about attacks on women activists. The international community can show us that we are not alone. By speaking out, we are given hope. 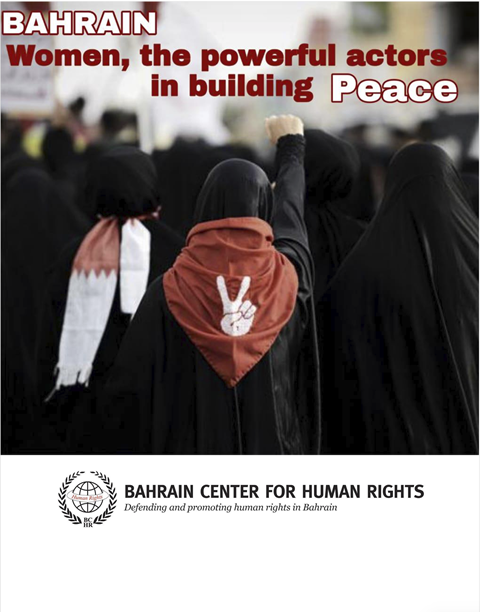